I still have a few friends who do not know how to make their own Matzo Brei, even if they are Jewish. So to help them out I've created this simple 16-step (four beyond 12-steps) tutorial to make this simple dish. Personally, I never make it except during Passover but there is no reason not to make it at any other time.

What you need is some fat - butter, chicken fat, olive oil...even the current predilection for coconut oil would be fine...whatever you like; 2 eggs, 2 pieces of plain matzo, (I suppose you could make this with the flavored onion or poppy matzos too, but I've noticed that they aren't de rigeur for Passover, whatever, let's stick with the simple) salt, water. When it comes to condiments you will have to determine whether you want a sweet or savory Matzo Brei. Suggestions follow.

Don't be fooled here that because the first letter of Matzo Brei is the same as Mario Batali; there is no connection. And, no Franne, it's not a Matzo Bra.

The instructions are given here step-by-step under each picture: 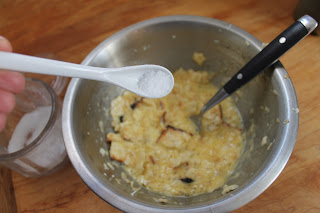 Posted by Phyllis Segura at 3:29 PM No comments:

It's been a long hiatus since I last posted something here. Stay tuned for a "Matzo Brei" tutorial coming up very soon....and more.

There is also this event: 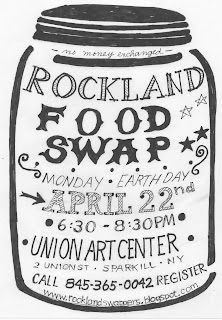 Posted by Phyllis Segura at 10:31 PM No comments: